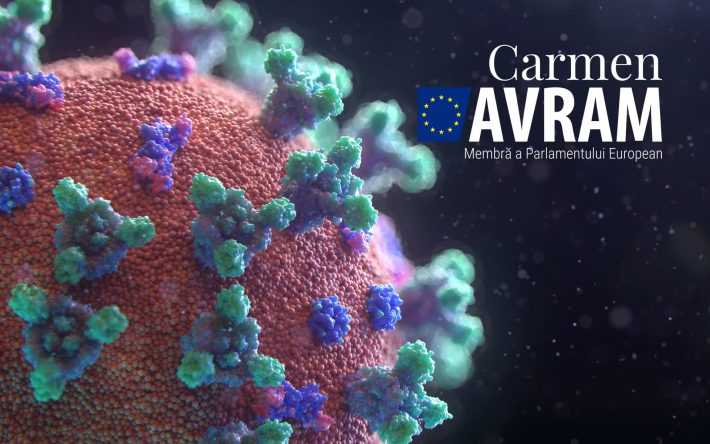 “The S&D Group in the European Parliament has long called for a fair level playing field for all companies operating in the Single Market. We have to defend European industries and workers from foreign takeovers who are trying to take advantage of the COVID-19 induced economic weakness! We welcome the European Commission’s White Paper and look forward to working together in order to protect our strategic interests and to create a more resilient economy.”

“This Plenary session, we finally managed to vote on the Annual Competition Report that should have been voted back in March. The COVID-19 crisis obliged us to update the report and adapt it to the new challenges.

“Among the positive achievements for the S&D Group and for our citizens I would like to highlight the ban on companies registered in tax havens from accessing State Aid or financial support packages if they do not commit to changing their behaviour.

“We are also well aware that the big digital platforms are the ones that did not suffer as much from this crisis. Therefore, we call on the Commission to make a study on platforms with significant network effects that act as gatekeepers, to be carried out as part of the upcoming ex-ante regulation framework proposal. Our Group managed to include a call for the Commission to ban platforms from displaying micro-targeted advertisements and to increase transparency for users.

“Finally, we ask the Commission to ensure that personal data collection will not further entrench the market power of a few dominant players to the detriment of consumer choices.”

Note to editors:
During negotiations, the S&D team managed to achieve a series of important points to be added in the Report:

• a clause on companies registered in tax havens to be banned from accessing State Aid or financial support packages if they do not commit to changing their behaviour;
• Commission to set common minimum standards (conditionality) for receiving Aid, including tax transparency;
• a ban on dividend payments, share buybacks and distributions of bonuses for companies receiving State Aid;
• safeguards against predatory actions by firms having received State Aid;
• risk of market distortions and an unlevel playing field due to divergences between the levels of State Aid support granted by member states;
• State Aid only to companies not financially unhealthy pre-crisis;
• Abolish platforms’ micro-targeted advertisements;
• Link to EU industrial policy.