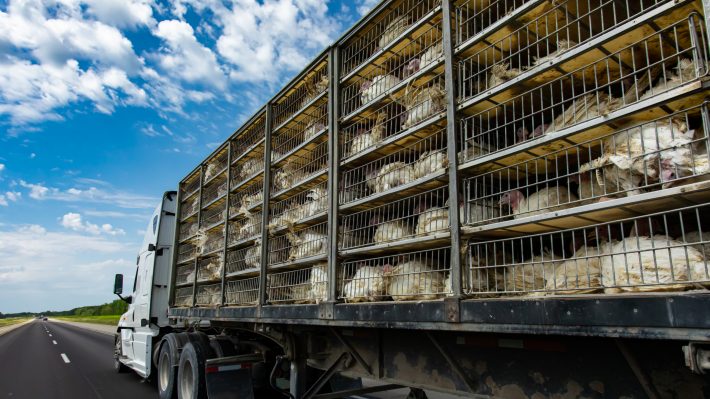 Today the European Parliament endorsed the outcome of eighteen months of work by the committee of inquiry on the protection of animals during transport (ANIT). In particular, the plenary in Strasbourg has voted a full set of recommendations to the Council and the Commission following the investigation of alleged contraventions and maladministration in the application of Union law in relation to the protection of animals during transport within and outside the Union. The ANIT Report and Recommendation both focus on the poor enforcement of Regulation 1/2005, and specific problems identified in different kinds of transport, authorisation of journeys and of vehicles, journey times, controls and data collection and exchange. Texts also recommend the future inclusion of species not yet, or only partly, covered by the current Regulation (poultry, rabbits, companion animals and horses, as well as fish and aquaculture animals), and others cover sea transport and exports of live animals.

S&D co-rapporteur of the Recommendation and the Report, Isabel Carvalhais, explained:

“Animal welfare is a flagship of this institution, present in many legislative and non-legislative pieces. The transport of live animals is an inseparable part of animal welfare in the EU, which we evaluated in depth and with great commitment in this committee of inquiry. We need to do more and better in this regard. We need to improve the application of the rules on the ground, to set clearer and more homogenous rules at a European level and update our legislative framework with the most recent scientific advances.

“Our recommendations also address the need to invest in more and better solutions to reduce the need to transport live animals. We must keep in mind however, the social dimension of what we are proposing and how this will affect people, in particular when we are talking about activities that take place in territories that already face many challenges. We need ambition and we need to bring change in a social conscious way that respects our territorial cohesion.”

“When we started this inquiry, some of the positions were so radical, that it was hard to believe that coherent and constructive positions on animal welfare and transport could be put together. But, after 18 months of inquiry, debates, hearings and negotiations, the S&D Group not only succeeded in reconciling the two concepts, but also managed to put on the table concrete, practical, up to date and scientifically sound solutions to bring about the highest standards of welfare for animals during transport.

“Because irrespective of the age, sex, species of animal, or the distance or means of transport used, there must be a solid scientifically proven animal welfare line, which cannot be crossed. Not even during transport. To achieve this, we need a revisited Regulation and proper tools for its enforcement, including financial ones, to spare farmers and consumers the full costs.”